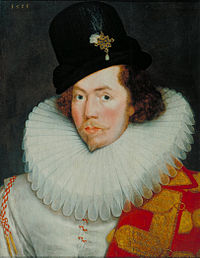 Sir Henry Unton
The Unton Family, Wadley Manor
In 1440, Wadley manor was granted to Oriel College, Oxford who have owned it ever since, but have always leased out the estate to prominent families.
​By 1514, Sir Thomas Unton and his family were living there, although his main residence was Minster Lovell Hall in Oxfordshire.

He built his fortune on profitable Berkshire wool, but it may have been his son, Sir Alexander, who first built a great Tudor mansion of limestone rubble at Wadley for the family to move into. A small L-shaped wing on the north side of the present house survives from this period.
The house could well have been extended by his own son, Sir Edward, who appears to have had pretensions of grandeur since his marriage, in 1555, to the widowed Anne Seymour Duchess of Warwick, aunt of King Edward VI.

By the time of the Queen's first visit to Sir Edward in 1572, Wadley was probably one of the great mansions of Elizabethan Berkshire. However, he appears to have been obliged to entertain Her Majesty at his lesser home at Langley near Burford in Oxfordshire, since, by this time, his wife had lost her mind and could not be trusted to welcome the Queen at Wadley.

Sir Henry's widow, Dame Dorothy Unton, lived on at Wadley for a few years and entertained King James I and his queen upon their first  Autumn progress in 1603. They must have enjoyed themselves as they stayed for two nights. Later, Lady Unton seems to have retired to Faringdon House while her husband's widowed nephew-in-law, Sir Valentine Knightley, moved into Wadley around 1615.
Extract from Berkshire History
Henry Unton (1557) was 1st cousin , once removed of Jane Seymour, mother of Edward VI 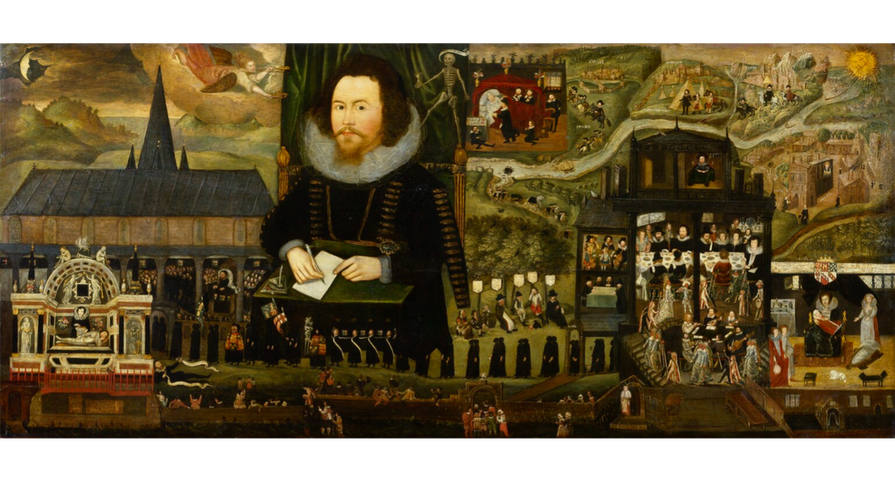 Sir Henry Unton (c. 1558-1596), in the National Portrait Gallery
​This highly unusual narrative portrait of Sir Henry Unton (c. 1558-1596), in the National Portrait Gallery,  was commissioned as a posthumous commemoration of his life by his widow, Dorothy née Wroughton (d. 1634).
​ At the heart of the composition is the portrait of Unton, flanked by figures of Fame and Death. He is surrounded by scenes from his life and death, starting in the lower right-hand corner and working anti-clockwise on the right-hand side of the composition. In each of the scenes the figure of Unton is touched by a ray of light from the sun on the right.
Many of the inscriptions in the painting are now illegible, but the one on either side of the coat of arms in the lower-right section was recorded in the late eighteenth century.
NPG 710; Sir Henry Unton - Portrait - National Portrait Gallery

In the scene of Henry's birth his mother is portrayed as being much larger than anyone else in the portrait, this is to show that she is more important than anyone else in the scene. Above her head you can see her coat of arms, and also a coronet. The lettering, which is now illegible, once read:
"This worthy and famous gentleman, Sir Henry Unton, was son unto Sir Edward Unton, Knight... and also his mother, the most virtuous Lady Anne Seymour, countess of Warwick, eldest daughter to the Lord Edward Seymour, Duke of Somerset, uncle to King Edward and so protector of his person, and the realm. Her uncles were Thomas and Henry Seymour, which Thomas was Lord Admiral of England and married unto Catherine Parr, last wife of King Henry VIII.
​Her mother was duchess of Somerset; her aunt the Lady Jane Seymour, queen of England".