Stanford in the Vale 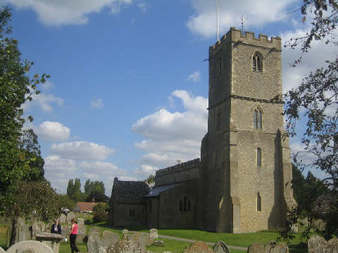 St Denys Church
Stanford in the Vale is a growing village of approximately 2000 people, lying between the A417 and the A420 midway between Wantage and Faringdon in Oxfordshire.

The Frogmore and Hollywell Brooks run through the village, which boasts a fine Early Church, and a Victorian United Reformed Church, also a modernised and extended Village Hall.

Thriving Football and Social Clubs attract support as does the Horse and Jockey Public House.

Amenities include a Post Office, Newsagent's, Hairdresser's a branch of Alldays Convenience stores and two Veterinary Surgeries (one Homeopathic) as well as the Seven Acre Nursery Gardens.